The Rich Life Summit
Skip to main content
Register Now!
Danielle Leslie is the founder of Culture Add™ Labs to help companies and individuals uncover their Culture Add™ and launch profitable products online. She is also the creator of #CourseFromScratch, an 8-week online intensive that helps people create & launch their profitable & poppin’ online courses. She has been an online marketer in Silicon Valley for almost 10 years and helped personal brands & influencers, including Guy Kawasaki, earn collectively millions of dollars by launching their online courses.
Register NOW!

Jon Hayes is the Founder and CEO of RewardStock.com, a new reward travel planning and booking site. A first-time entrepreneur, Jon was previously an investment banker on Wall Street, working in the Mergers & Acquisitions group at Citi, where he advised companies across a broad range of industries. He recently landed Mark Cuban as an investor on a Shark Tank appearance in 2018.
Register NOW

Tope Hassan is the founder of Isoko Africa, an organization dedicated to cultivating inclusivity for African brands in the global market. She is a remote entrepreneur, sharing passionate ideas and experiences about self-care, travel and business on each stage she graces.

Maya McCoy is the founder of Maya The Explorer, a blog started in 2015 with the purpose of inspiring others to not only travel abroad, but also to consider living overseas. A Los Angeles native, Maya is a veteran expat in her ninth year of living and working in South East Asia. Maya proves that debt shouldn’t keep you from becoming an expat and that you can actually use a job and life overseas as a tool to prosper financially and build wealth.

Chadricks Everette is a full-time traveler and the creator and Trip Host at Dipaways. He's a New York native but currently spends a great deal of time in South Italy.  As a teen, he did a great deal of community activism and raised nearly $1 million to help protect teens from tobacco-use. He spent his teens and twenties working with global brands and speaking around the world. In 2015, he worked with Travel Noire to design and lead their group trips worldwide. They were truly life-changing for him and all of our travelers.

Zim Ugochukwu is the founder of Travel Noire, a digital media company serving 3M millennials of the African Diaspora, each month. As a teenager, she cloned a gene with similarities to a genetic disorder and became the youngest precinct judge for the state of North Carolina. Her love for solving tough problems and her knack for building communities on and offline has led her to critical acclaim. This Forbes 30 under 30 awardee has been featured in the New York Times, TIME, CBS This Morning, ELLE, The Nation, Essence, NPR, among others and was hand selected by Oprah for SuperSoul 100, a collection of inspired leaders using their voices and talents to elevate humanity.
Register NOW

Anwar Bey-Taylor is an entrepreneur, professor, writer, artist and adventurer. In 2013, he founded Mind Traveler Design, a San Francisco based art & design studio that specializes in character development for video games and film. Each year, he takes a multi-month sabbatical to new countries on the African continent & specializes in last minute, off the beaten path travel.

Christina Rice is a serial entrepreneur, health and wellness influencer, certified yoga instructor and travel enthusiast. In 2015, experiencing what some label “entrepreneur burnout”, Christina, a yoga enthusiast, decided to pursue her yoga teacher certification with a passion to share what calm and peace yoga provided her to other entrepreneurs and busy professionals. She founded OMNoire, a social wellness platform for women of color.

Whether you're just getting started or have been traveling for years, join our motley crew of world travelers as we uncover step-by-step the secrets to earning more, spending less, designing itineraries that matter, finding black businesses anywhere in the world and more. 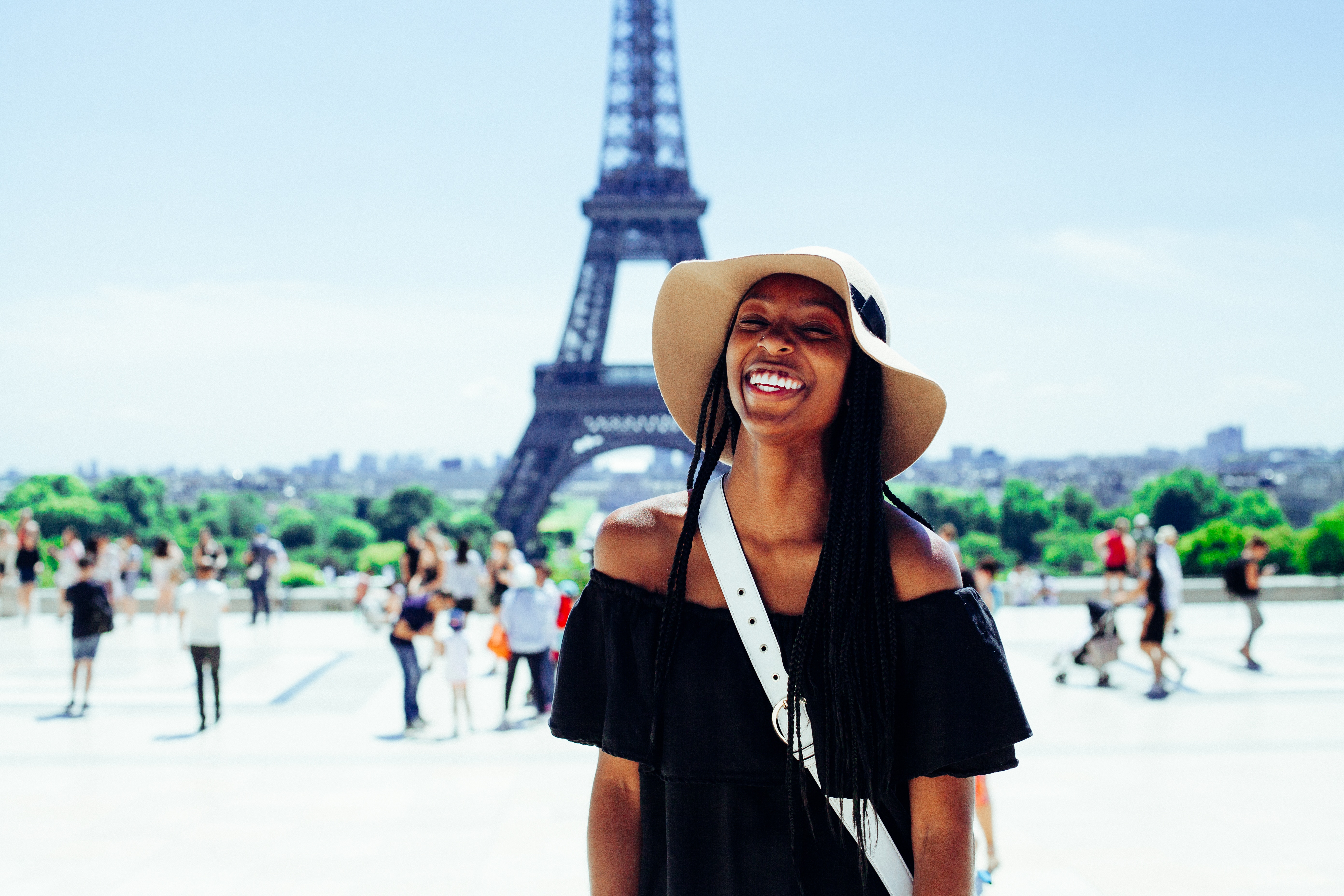 The most well-traveled individuals have a few things in common: they’ve learned how to earn more to spend on bespoke experiences around the world and they've maximized their unique skill sets to experience more with less. Join us as we bring you actionable video lessons from two industry game changers. You'll learn the in-depth strategies these entrepreneurs use daily to build rich lives & rich experiences.

Learn the Art of Traveling Well

Luxury spas, sumptuous dining experiences & bespoke retreats. For years, wellness and travel always seemed to come with high price tags. Not any more. Learn how to experience the best that life has to offer without the barrier of price.